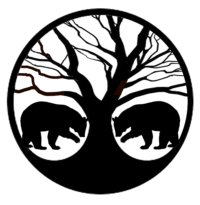 Why is it called Sourdough?

Our bread uses lactic acid from lactobacillus bacteria in the culture, the same type of bacteria present in lacto-fermented foods like yogurt and sauerkraut. The most well-known variety is named for the city of sourdough, San Francisco, but Lactobacillus sanfranciscencis has been found in cultures as far away as Germany and France.

Not all sourdough is sour or tangy! The hydration (how much water it contains), the temperature at which the dough is fermented, and how long it ferments for will all affect the flavor of bread made with sourdough cultures.

What is Traditional Sourdough Bread? 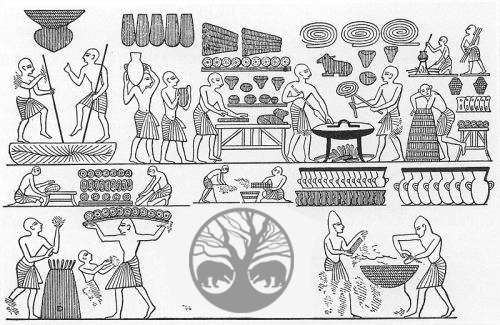 bread has an incredibly rich history in many civilizations. In fact, sourdough bread is one of the oldest forms of grain fermentation spanning all the way back to 1,500 B.C. in ancient Egypt. And that’s what makes traditional sourdough bread different from those white flour-based, sugar-riddled refined carb loaves that are on the shelf at your local grocery store these days. It’s the fermentation! Instead of using wild yeast which contains many different strains of healthy yeast, sourdough is currently made with commercial derived single strain yeasts, which provide quicker production rates. This also means there are more sugar and lower nutritional value in our sourdough bread.

When you look at civilizations over thousands of years you’ll notice that food plays a major role in not only the health of the human body but also the molding of traditions within those cultures. What we ate either brought us together at a table, sent us into the wilds to hunt, or influenced movement and migration patterns to find new sources of sustenance. It may be surprising, but sourdough bread played a major cultural role from Ancient Egypt all the way to the California gold rush. 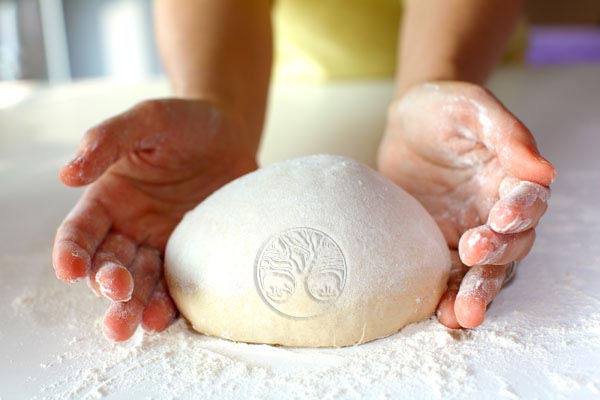 When it comes to sourdough bread, it’s not simply about the food itself, but its cultural representation.

The oldest documented use of sourdough bread dates back to the Ancient Egyptians, who were said to have accidentally stumbled upon the recipe when they left a mixture of grain and water to tangle with the wild yeast in the air and grain. Yet, Egyptians were also known to have made a good amount of beer meaning the “bakery” and the “brewery” could have mixed, causing the creation of sourdough bread. This was around 1500 B.C.!

No matter how it happened, sourdough bread was born, and over thousands of years through trial and error, different flavors of it were perfected.

Yet, you don’t have to go thousands of years to see this bread’s many uses, simply look to the “early settlers in the West, especially those adventurers who traveled north to Alaska, [who] relied on sourdough to leaven bread before commercial baking powder and yeast were readily available.” One of the most famous sourdough bread companies is located in San Francisco, California. Established in 1849 by Louise Boudin, the Boudin bread company has been using the same recipe, flour, water, salt, and “mother dough” starter since the beginning! During the middle ages, peasants survived off of sourdough bread as it was one of the easiest and cheapest forms of bread to make. Simply get some flour, water, and a bit of sugar and let it sit and ferment and rise! Plus, you only need to do that once and then use that same starter for years and years and years and years.

With the industrial revolution also came industrialized food — we’re talking about a chemically altered food product such as processed, packaged, and frozen foods. Simply put, preserved. The industrialization of food also branched into the yeast used in bread. Instead of using wild yeast, larger companies turned to chemically altered single strain yeast, which promoted quicker rising times and higher sugar content. This means big food companies could churn lots of sourdough bread that also happened to be more addictive due to all that sugar.

Getting to Know Your Wild Yeast 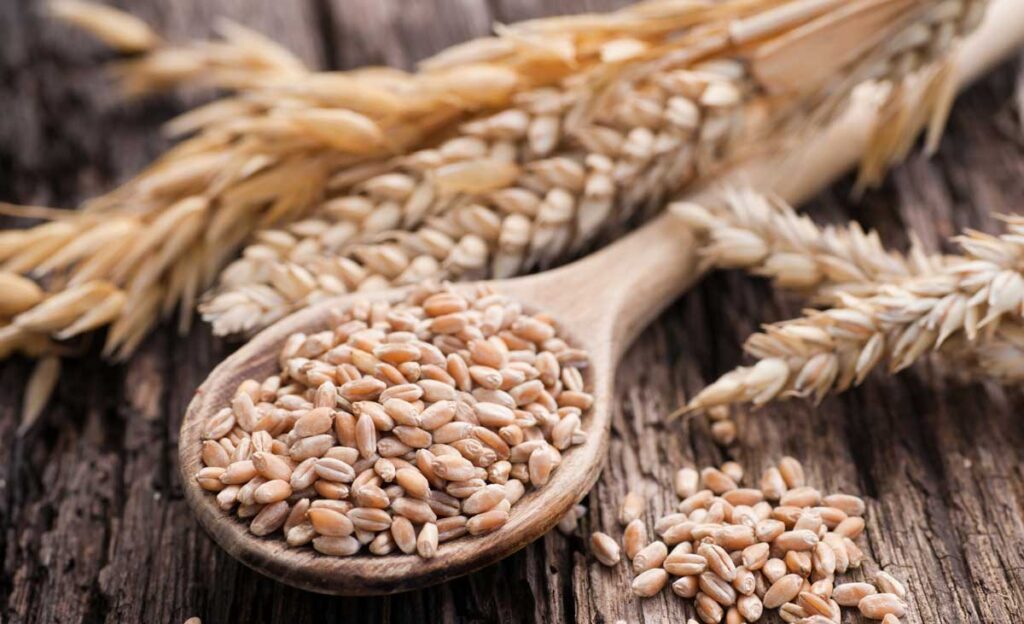 As with most great discoveries, it’s believed that sourdough may have been “discovered by accident when bread dough was left out and good microorganisms — wild yeast — drifted into the mix.”

This is where we hear that term wild yeast again and this is the key to not only better tasting, but healthier sourdough bread.

Most of the bread that we consume uses commercially derived yeast — also referred to as “domesticated” or “baker’s yeast” — or by its official scientific name, Saccharomyces cerevisiae. Yet wild yeast lives naturally in our environment and is “essential to achieving tangy sourdoughs and tart, fruity beers,” as well as wines and cheeses. One of the most popular wild yeast strains is called Brettanomyces — lovingly referred to as Brett — who’s “wild reputation is largely a result of it not being Sacch (which, for the record, can and does also occur in the wild).”

This may all seem very complicated, but “getting the right yeast” in your sourdough bread is one of the easiest steps of the process! That’s because wild yeast is all around us, in the air, as well as in the sourdough grain.

It’s all about the starter. 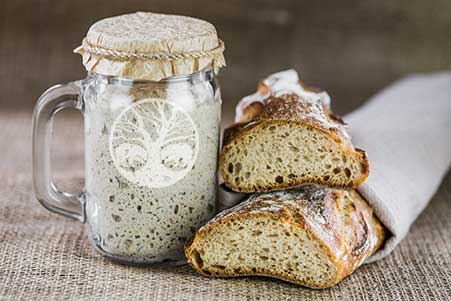 No matter what sourdough bread recipe you use, the one thing that doesn’t change, is the need for a good starter.

A starter is basically “a mixture of flour, water, and a little sugar.” Once you have your starter mixed, you leave it out at room temperature. It may seem that nothing is happening, yet those “wild yeasts in the air and on the grain settle into the mix,” and begin the process of fermentation. This process not only gives your sourdough bread that lovely sour smell, but it also saps up a good amount of the sugar, which is used as energy for the fermentation process.

Don’t get me wrong, your sourdough bread will still have a bit of sugar, but it is much lower on the glycemic index than the stuff you buy at the store!

You don’t have to create a starter every single time either. Per a wonderfully written and researched NPR article entitled Sourdough: More Than Bread, “a starter, or ‘sponge’ as the pioneers called it, feeds many families over many years. Starters have always been passed through families and from a friend to friend.”

All you have to do is add “equal parts of water and flour to a portion of the starter every couple of weeks,” and keep it in your fridge. As long as you care for it appropriately, your starter may last indefinitely, “acquiring more tanginess and personality as the years go by.”

On top of the rich history that brought sourdough bread into our lives, this fermented bread is also nutrient-dense!

As the demand and need for sourdough bread rose, so did the “quick production” methods that are relied upon to churn out massive amounts of processed foods. Per an article by the Guardian entitled The Rise and Rise of Sourdough Bread:

“Reliable readymade yeast was now available for large-scale commercial baking, and the new roller mills, processing tons of grain at high speed, concentrated the processing of wheat in big central factories, sending thousands of small millers out of business … In the huge factories using it, bread could now be churned out in just three and a half hours flat, from flour to wrapped loaf, the long fermentation process cut to the bare minimum, to produce soft pappy bread with almost indefinite shelf-life.”

The process that made sourdough bread so healthy and filled with wonderful gut-friendly bacteria was sliced and diced and almost completely removed by the invention of commercial breadmaking.

What am I talking about? Fermentation.

As briefly mentioned above, fermentation uses sugar as energy, burning it off in order to turn a product into a fermented product. Not only are you getting healthy bacteria — which are excellent for promoting a healthy gut — but sourdough has a low sugar content — meaning your blood sugar won’t spike nearly as bad as with other bread varieties. On top of that, fermentation also inhibits phytates — an antinutrient — from blocking the absorption of the nutrient-dense whole grain that is generally used in the making of traditional sourdough bread.

This is the major difference between traditional and modern sourdough bread and why the loaf you buy from your grocery store is definitely not the same as the loaf you could make in your own kitchen!

Sourdough bread that is allowed to ferment using wild yeast in the air and grain has a few health benefits that you can’t get from the stuff that is mass-produced: it’s easy to digest, has a lower gluten content, retains more nutrients, kills off those nasty antinutrients, and may avoid those blood sugar spikes that can lead to health issues such as diabetes.

How to Make Your Own Sourdough Starter and Why You Should

Honestly, the starter is not that difficult! All you need is a handful of ingredients (that you probably already have in your kitchen) and lots of patience. A starter generally takes between four to five days to ferment, so planning ahead is super important. Here’s how to do it!

Step 1: Mix equal parts of four ounces of flour and water into a batter and place in the jar without sealing it! Set this mixture out in a warm environment (around 70 degrees Fahrenheit) for at least 24 hours.

Step 2: By now, you may notice the wild yeast in the air and grain causing the mixture to bubble. This is good! Repeat step number one. This is called “feeding the mixture.”

Step 3: On day four, you should see bubbles and hopefully smell something sour. Repeat step number one, and feed your mixture again.

Step 4: On day five, your starter should be ready to use to actually make sourdough bread! What you want to see … a substance that has “risen” to twice the size as day four, a sour and musty smell, and bubbles.
Creative Sourdough Bread RecipesSlices of sourdough bread with avocado

While sourdough bread has a very distinct flavor, that doesn’t mean you can’t spice it up a bit! And, I mean spice in every sense of the word. Once you have your starter all ready to go, simply follow the same rules you would for baking normal bread.

Want to take it a bit further?